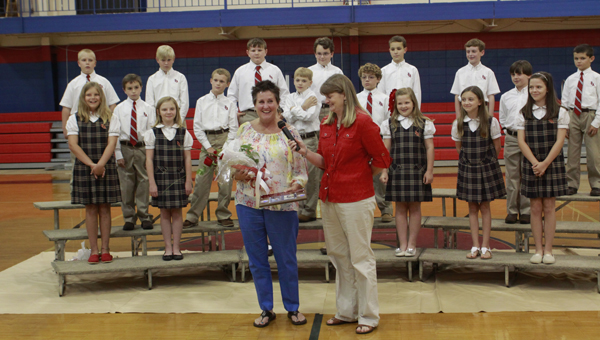 An annual patriotic program put on by the fourth graders at Fort Dale Academy had a unique twist this year.

For the first time in the program’s 14 years, it was held in honor of a former Fort Dale student.

“We recognized (Russell) this year because not only did he participate in the program in the fourth grade, but now he has chosen to serve his country,” Parker said.

The fourth grade class at Fort Dale also had the opportunity to be pen pals with Russell.

“(Russell) is my first student who has actually gone through the program and decided to serve his country as a solider,” Parker said. “Not only did he choose to serve, but he also wrote to the students.”

Bobby Jean Cumbie and Parker originally started the patriotic program to raise money for the World War II memorial in Washington, D.C. This year, the program was able to raise $200 for the local animal shelter.