Finebaum to speak in Andalusia 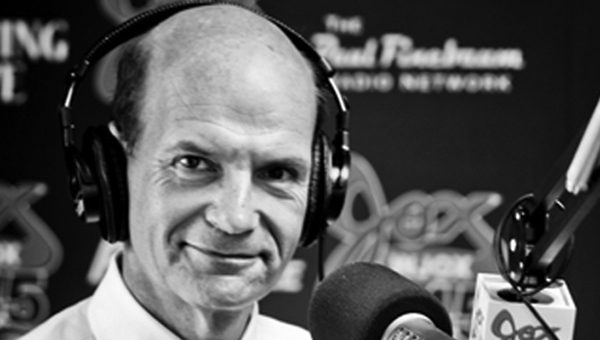 If you follow regional or national sports, you’re probably familiar with the name of a featured speaker coming to Andalusia in June.

The Lurleen B. Wallace Community College Foundation will present nationally-known sports commentator Paul Finebaum as the keynote speaker for the annual scholarship fundraising event on June 21.

“This is something different for us,” said Jennifer Curry, Foundation president. “For several years we had a dinner and auction, then brought in theater productions for a few years. We hope this year’s event attracts various age groups and is appealing to both men and women.”

Finebaum has been the leading authority in Southern sports for more than 20 years, writing and commentating on regional and national sports issues. He has a syndicated radio show heard throughout the Southeast and a column in numerous newspapers throughout Alabama. A weekly contributor for Fox 6 Sports in Birmingham, he’s also seen regularly on national networks like ESPN, CNN, MSNBC, FOX News, HBO and Court TV.

“In addition to a ‘surf-n-turn’ dinner, we plan a silent auction of sports-related baskets representing the University of Alabama, Auburn University, and Troy University,” said Curry. “Together with other items, the basket will include a signed football from the institution.”

The event will be held at the Kiwanis Center in Andalusia on June 21, 2012. The evening begins at 5:45 p.m. with a social hour and silent auction, followed by dinner and Finebaum’s remarks.  Tickets are $50 each, and available in Andalusia at LBW Community College and CCB Community Bank, or by calling (334) 881-2306.

“All proceeds from this event will benefit scholarships and other programs of the LBWCC Foundation,” said Curry.

For the 2012-2013 academic year, the LBWCC Foundation awarded scholarships to 25 dual enrollment students, 14 non-traditional students, and 35 incoming college freshmen from 17 area high schools. These scholarships provide students an opportunity to pursue a college education at LBW Community College and were awarded to those attending campus locations in Andalusia, Opp and Greenville.  For more information, call (334) 881-2306 or email scobb@lbwcc.edu.