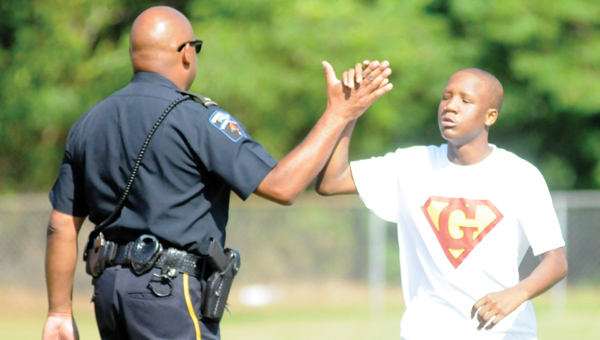 There were no capes at Tiger Stadium on Friday, but there were plenty of heroes on the field.

“This is a huge deal,” said Richard Kelly, event chairman. “It’s a life-changing opportunity for some of these kids.”

Fifty-eight competitors donned T-shirts with Superman-like logos on the chest and competed in the long jump, shot put, 100-meter dash, 400-meter dash, beanbag toss, wheelchair race and a number of other events.

“We hope that this event will instill a winning attitude and self-confidence in these athletes,” Kelly said.

The Special Olympics began in the early 1960s, when Eunice Kennedy Shriver saw how unjustly and unfairly people with intellectual disabilities were treated. She decided to take action.

Soon, her vision began to take shape, as she held a summer day camp for young people with intellectual disabilities. The goal was to learn what these children could do in sports and other activities — and not dwell on what they could not do. This vision eventually grew into the Special Olympics.