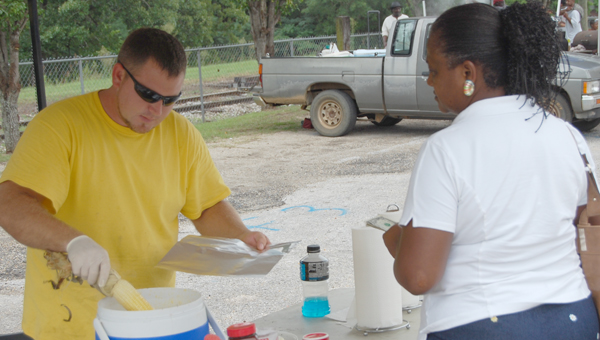 The Volunteer Fire Department in McKenzie’s job will get a little easier thanks to the help of the 6th annual McKenzie Fest, which helps raise funds to purchase equipment for the VFD.

Officials estimate that the event raised $2,200 despite festival goers and vendors spending much of the day dodging rain showers.

“I know there were a lot of people,” said LeAnn Waters, secretary of the VFD and chair of the event. “Even though it rained, it didn’t stop them from coming.”

Some members of the community as well as vendors told Waters that this was the best McKenzie Fest they had attended.

“A lot of them already want to come back for next year,” Water said.

Waters  said McKenzie Fest officials might consider a change in hours for next year’s event.

“Everyone seemed to be sitting down by 2 p.m. or 2:30, so we may tweak the time for next year,” Waters said. “Other than that it’s always going to be the second Saturday of May.”

Despite the rain, Waters said she was extremely appreciative of people fighting the bad weather to support a good cause.

“We had the support system,” Waters said. “We’re a tight-knit community. There were still people getting out of cars when it was raining cats and dogs, and it really helped the fire department’s feelings that people were still coming despite the rain.”