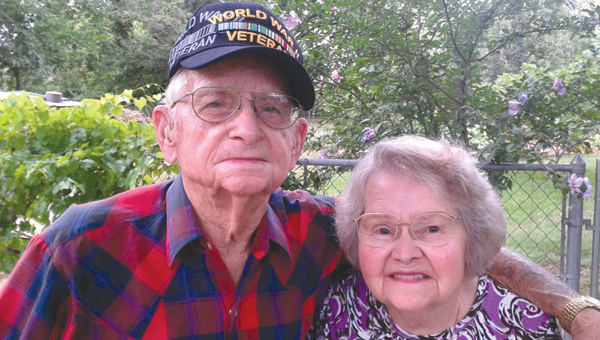 Mr. and Mrs. Charlie Stinson of Elkhart, Texas, will celebrate their 65th wedding anniversary Thursday, May 17.

The couple was married on May 17, 1947, in Greenville by Judge James T. Beeland. They are natives of Butler County and moved to Texas in April of 1950.

Lucile Stinson is the former Alma Lucile Smith, daughter of the late Lonnie Carl Smith and Albia Pearl Hitson. She is a graduate of Georgiana High School.

Charlie Stinson is the son of the late John Jason Stinson and Esther Black, also of Georgiana. He is a retired truck driver and a World War II veteran.

The Stinsons lived in Bridgeport, Texas, for 39 years from 1963-2002. They moved to Elkhart in September of 2002. They are members of New Haven Missionary Baptist Church.

They have one daughter, Mildred Brown, also of Elkhart. She is also a native of Butler County.