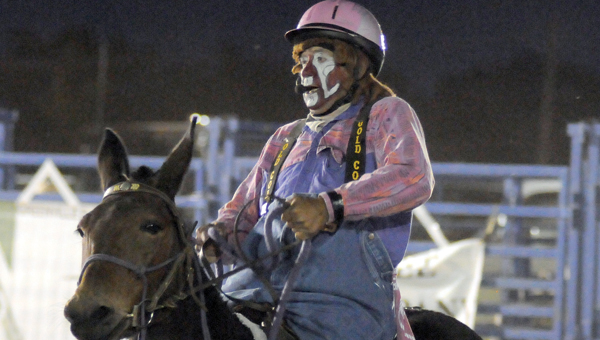 Harden said Saturday’s crowd was larger than Fridays due in part to the number of children attending.

“On Saturday, we had a lot more kids come in, because we passed out the coloring pictures where they could come in free,” Harden said. “Our goal is for the kids to enjoy it and maybe some may even want to become cowboys.”

The total raised from the event has not yet been tallied, however, Harden said that he hoped to put the money into Project Lifesaver, which is a bracelet specifically designed for individuals with Alzheimer’s and other related mental disorders who may wander from home. The bracelet puts out a radio signal that will alert authorities to wearers location.