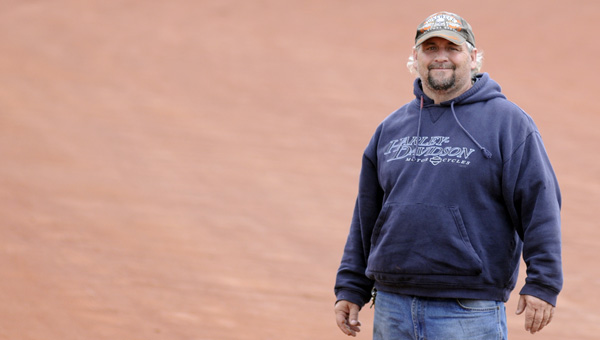 Howie Garvin is a racer.

He’s used to going fast and making decisions in a split second. But when the Pennsylvania native decided he wanted to make the move from racer to track owner, he took things nice and slow.

He looked at tracks in Georgia, Florida, Tennessee, Arkansas and across Alabama before finally deciding on purchasing the Butler County Motorsports Park from Greenville native Bo Thagard. Garvin, who has been living in Astor, Fla., said the price and the location were the key factors in his decision.

“I like the area and I like the way the track is laid out,” he said. “It needs some upgrades, but it’s a good track and I think it’s in a good location.”

Garvin declined to release the purchase price of the track, but said he and Thagard negotiated for nearly eight months. Tonight will mark the track’s first night of operation under the new owner.

“I hope people will come out and meet us, and give us a chance,” Garvin said. “We’re going to try and put on a good show for them, and we’re going to be here racing every week as long as the weatherman cooperates.”

Ken Sands, BCMP promoter, said there are plenty of changes planned for the track ranging from how the surface is prepared prior to each week’s races to the payout for winning a race.

According to Sands, along with the crate late models, BCMP will feature hobby stock, street stock and stinger classifications. There are also plans to introduce a crate open wheel modified classification.

“I’ve been on both ends of this stick,” Garvin said. “I’ve been a driver and I’ve helped run tracks. I’m not coming into this blind. I know what it takes to run a track and we’re going to work hard to make this a place people want to come and race.”

Sands said there are also plans to build a mud bog.

“We’re going to have a big pit that people can drive their 4×4 through and we’ll time them,” Sands said. “We’ll do that on a different night than the races, but it will be something else to bring people out to the track.”