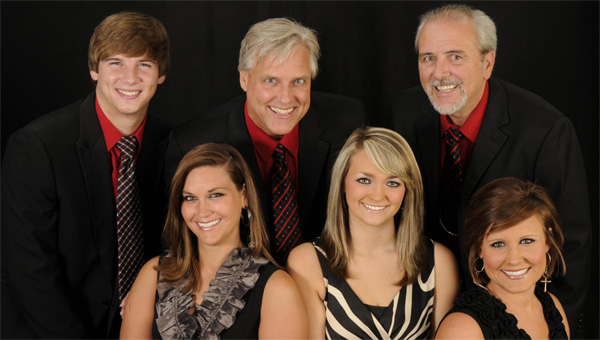 The group views its music as a ministry.

But that hasn’t stopped those in southern gospel music circles from taking notice.

David Norrell, director of business development at L.V. Stabler Memorial Hospital, is one of the members in the Andalusia-based group.

“It’s southern gospel group,” Norrell said. “We do what we consider progressive gospel music, but we bring a tremendous variety. We can do the old styles, four-part men harmonies, mixed group, girl’s trio and men’s trio, and full ensemble.”

Norrell has been involved with the group for three years. He joined when his daughter, Madison, asked him to replace a member who was leaving the group.

“When the first tenor that started with the group got a scholarship to the band in Troy he stepped down,” Norrell said. “They were looking (for a replacement), so they asked Madison if I would like to sing. That’s how I ended up in the group.”

Last year, the group sang at more than 70 churches and community events, according to Norrell.

Even though Norrell used to be a licensed and ordained minister, he considers singing his ministry now.

“It’s still my ministry and I enjoy it,” Norrell said. “We get to go to different churches and meet new people and have the opportunity to share doing something that I enjoy doing, which is obviously singing and talking and sharing the message.”

The group has released three CDs with its latest one released in December 2011.

Southland Vocal Band fans can vote for the group’s single at www.southerngospeltoday.com.