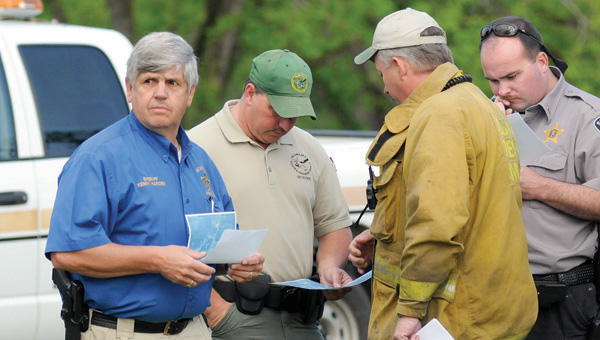 After week-long search, authorities have discovered 77-year-old Billy Heartsill's body a half mile from his home. Advocate Staff/Andy Brown

Authorities discovered the body of a missing 77-year-old man on Wednesday.

Billy Heartsill has been missing since April 10. His body was discovered approximately a half mile from his home on Rocky Road, according to Butler County Sheriff Kenny Harden.

Heartsill was found under heavy brush around 3 p.m. Wednesday.

“(We’ve been) riding and searching up and down roads, and I saw the evidence we needed to see and walked over the woods and found him,” Harden said.

Authorities will now conduct a full investigation, but Harden said no foul play is suspected.

“We’re still doing a full-scale investigation,” Harden said. “He has been located and I want to thank everyone that has helped us.”

According to authorities, Heartsill was discovered missing after his family returned home to find that he was not at the residence, which is located near Poorhouse Road and Rocky Road. Since that time authorities and search parties scoured the property with helicopters, dogs and divers to search tall grass, adjacent roadways and ponds.

Officials with the Butler County Sheriff’s Office, the K-9 unit from the Alabama Forestry Commission, the Alabama State Troopers and the Monroe County Rescue Squad, along with volunteers, conducted the search for Billy Heartsill after he was reported missing.