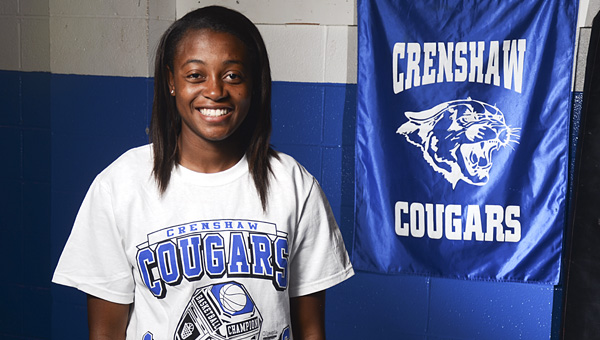 Quilla Robinson was recently honored as a finalist for AISA Player of the Year.

Robinson was also honored as one of the three finalists for the Alabama Sportswriters Association’s AISA girls basketball Player of the Year, which covers all three divisions of the AISA.

Even though Robinson didn’t win, just being named is a milestone for CCA.

“We were talking about it, and we don’t think anyone from this school has been honored like this in recent memory,” said head coach Tyler Hill.

Robinson was named to the AISA first-team All-State for the second year in a row, in addition to being named the MVP for the state tournament.

She averaged 20.5 points, 9.2 rebounds, 4.6 assists and over three steals per game this season.

The Cougars won the state championship with a 47-44 win over Ashford Academy, which Robinson said was one of the highlights of the season.

“Coming back from losing the title last year, we knew we had to change things up,” she said. “Coach Hill showed us the trophy, and it kind of made the whole team mad. It made us step it up.”

Robinson also said that she was surprised by the award nominations.

Faulkner State head coach Linda Pitts said she was pleased to add Robinson to her signing class, which includes AISA girls Player of the Year Rachel Bell from Wilcox Academy.

“Quilla has everything you look for in a point guard, and now I think I’ve got the best point guard in the state,” Pitts said. 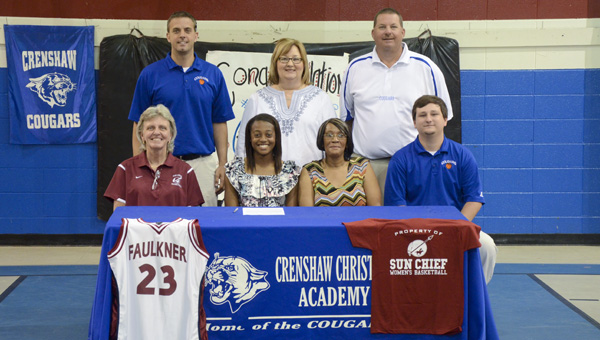