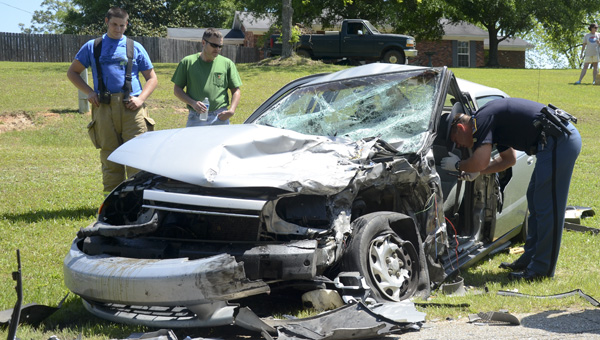 State Trooper Rome Odom and members of the Honoraville Volunteer Fire Department examine one of the wrecked vehicles.

Three people were injured following a wreck around 11:30 this morning on Bowden Road near the intersection of Honoraville Road in Honoraville.

First responders said the Jaws of Life were used on both vehicles.

One victim was LifeFlighted to Baptist South in Montgomery, and two victims were transported via ambulance to Crenshaw Community Hospital in Luverne. 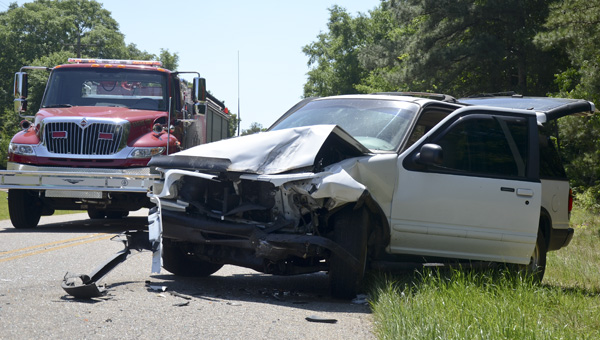 The other vehicle involved in the wreck was an SUV.