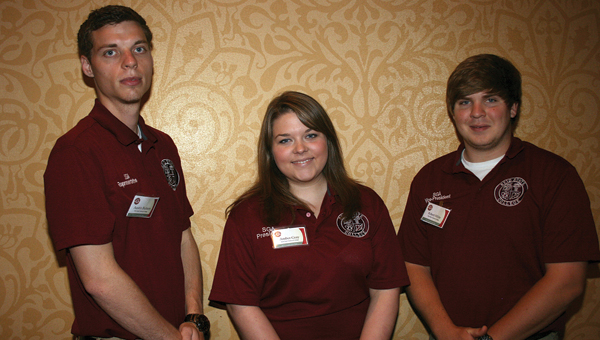 Amber Gray, a native of Brewton, and Austin Butters and Robert Lee White, both of Greenville, attended the event.   Butters is the SGA secretary, while Gray and White serve as president and vice president, respectively.

Designed as a chance to engage students, administrators, and others in the legislative process, the day’s events included a tour of the Alabama State House.  Community college students watched from Alabama State House galleries in the House and Senate as legislators began the arduous task of debating bills before the Legislature. Throughout the morning, legislators met with students from their districts, who were excited and appreciative of this rare opportunity.