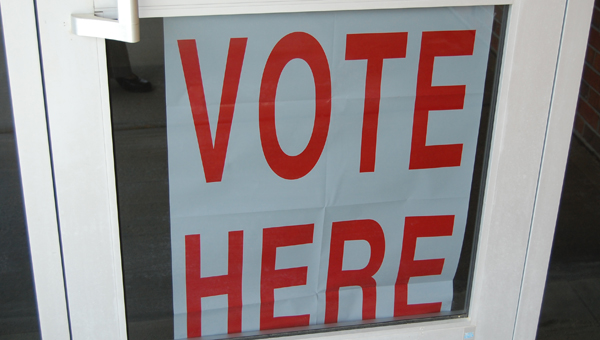 Butler County Commission chairman Jesse McWilliams said county officials made the decision to look into consolidating the polls due to the light turnout at several of the polling places during the March 13 election.

According to Butler County Probate Judge Steve Norman, who will chair the committee appointed to research the proposed consolidation, the county’s smallest voting place is Monterey. Only 84 voters are registered at that precinct. It is located approximately nine miles from the Manningham polling place.

“It appears that we could possibly eliminate three or four (polling places) by consolidating,” Norman said.

There’s also the cost of renting the machines used to count the votes. Each machine is rented at a cost of $75. The county currently uses 27 machines.

Any changes that are made will have to be approved by the Department of Justice and will not be implemented before the 2014 election cycle.

“There won’t be any changes for the November election,” Norman said. “If we do have changes, it won’t be until the next election cycle.”