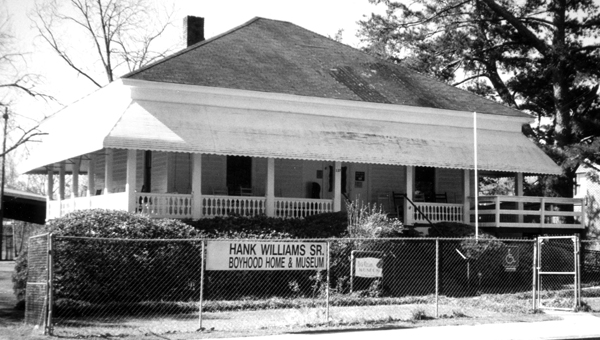 Thanks to a new book published by Seacoast Publishing, Williams’ story will reach far beyond his home county. The book will be included as part of a series of biographies aimed at sharing the stories of famous Alabamians with school children.

Several biographies have been written about Williams for adults, but Tom Bailey wanted to do something different.

So the editor at Seacoast Publishing wrote Hank Williams Sr. County Music Legend. To be included in the Alabama Roots Biography Series.

“The Alabama Roots Biography Series started about 10 or 12 years ago,” Bailey said. “One of the main things I do is ‘Novel in the Classroom,’ which is a program in which students collaborate and write a novel over the school year.”

After going to a trade show that was part of the Readers Association, Bailey asked a few teachers how they taught Alabama history in the classroom. He received a discouraging answer that good material was hard to find.

“We spent the next two years polling teachers saying if such a series existed, who would they want most?” Bailey explained. “We had 700 people that received votes and we chose about 50 and Hank Williams was one of the top 50 that they wanted.”

The 100-page book allows students between the ages of third through sixth grade to read the biography to do book reports and get a better understanding of Williams’ life.

“It was lots of fun,” Bailey said. “I learned lots of stuff about the guy, and I went and bought all the books I could find on Hank Williams.”

To cater the biography to a younger audience, Bailey had to carefully handle some of the issues Williams faced, such as his problems with alcohol.

“We addressed that, but I don’t dwell on that,” Bailey said. “If I was writing an adult book, I would have dwelled on that a lot more, but we spent more time talking about his music and career rather than his transgressions.”

Bailey hoped that if the students grow up and have a further interest in Williams that they will get adult versions of the biography to learn the whole story.

“It’s hard,” Bailey said. “You have to walk a line with a children’s book. I’m certain everything we have told is on historical record.”