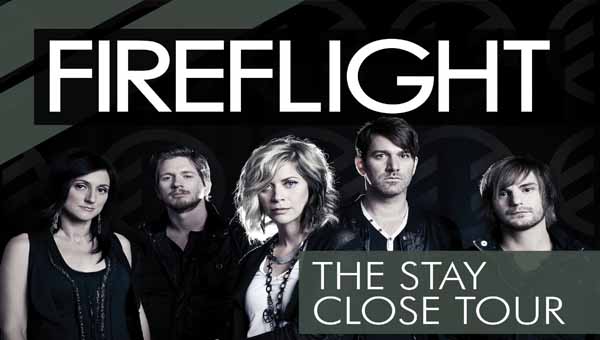 A concert featuring Fireflight will be at Southside Baptist Church on April 15 at 7 p.m. and tickets are $12 per person and $10 per person for a group of 10 or more. All of the proceeds from the event will go toward The Next Level student ministry. Courtesy Photo

A concert has been planned in effort to bring contemporary Christian music to Greenville.

The Liberty Baptist  Church student ministry, The Next Level, will be hosting The Stay Close Tour that will feature Fireflight, 7eventh Time Down and Ashes Remain.

“I was planning an event for next year, but we worked out the details for April,” Liberty Baptist pastor Jonathon Duke said. “We came to an agreement on everything, and The Next Level had the funds to bring the band to town.”

All of the proceeds from the event will go toward The Next Level student ministry.

“This is a first time thing,” Duke said. “We’re few and far between with a band at this level to come through Greenville as far as contemporary music. We haven’t seen a band of this caliber come through in a long time.”

Duke hopes to bring awareness to community members that Christian music is available in every kind of genre.

“People in this area don’t know that the music is out there and it’s just to show that there is music in their style that has a powerful message behind it,” Duke said.

The venue can hold about 700 people, which Duke thought would be a great feat.

“We’ve shot a goal between 300 and 400 people, and we’re looking like we will meet that,” Duke said. “Seven hundred would be incredible but 300 would be more reasonable.”

Duke strongly encouraged anyone in the community to purchase tickets early at Libertybcg.com or at Southside Baptist Church’s office due to the statewide advertisements.

“This thing is running statewide in print and radio advertisements,” Duke said. “It could explode last minute and we could sell all 700 tickets. We have sold 200 tickets already.”

Looking to the future, Duke hopes to continue to bring artists and big names to Greenville to give people an opportunity to share in the experience.

“I think there’s just a need to enlighten people,” Duke said. “We want to introduce them to this type of of music. This is a goal that I have had for several years and this is a step in that direction.