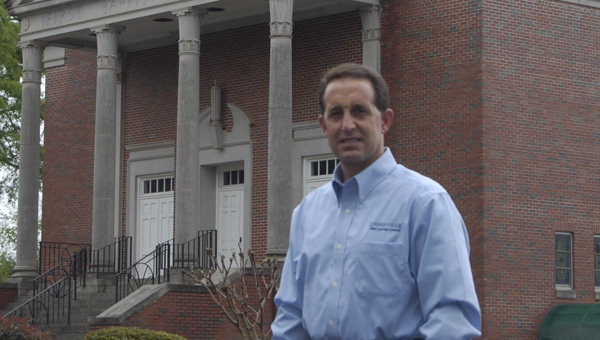 A new pastor has come to town and has joined First Baptist Church in Greenville.

Johnny Padalino became the new pastor at the church on March 7.

Moving from Mt. Zion Baptist in Huntsville, Padalino said he was just called to come to Greenville.

“Watching God hit the bulls eye or the target that he has put in my heart to pastor the church the way he has built me to pastor,” Padalino said.

“To have a church that is desiring the same direction that I have a passion to lead in. (The church’s) need matches with my heart’s desire in moving in that same direction.”

After moving to Greenville, Padalino said he has been offered an overwhelming welcome from the community and community leaders.

“I’ve been invited by (Mayor Dexter McLendon) to attend a Chamber of Commerce meeting, and he spent an hour getting to know me,” Padalino said. “They just want me to get to know as many people as I can in the community and that’s been a tremendous help.”

Having the welcome is greatly appreciated by Padalino because his family will not be coming to Greenville until the end of May when his son finishes the school year.

“My son is finishing school as a 10th grader, and he would have to make some things up,” Padalino said. ‘“The most interesting thing is when 5 p.m. comes around, I don’t know what to do with myself.”

He looks forward to his family coming to join him, but said he has enjoyed getting to preach and learn about the Greenville community.

“Obviously as pastor and I’ll be preaching and I love work with adults, young people and just reaching out to the community,” Padalino said. “I’m looking forward to the opportunity to be an asset for Greenville as a whole and just praying about how we can be involved with reaching people and offering what we can to make an impact.”