Country outlaws coming to the Ritz 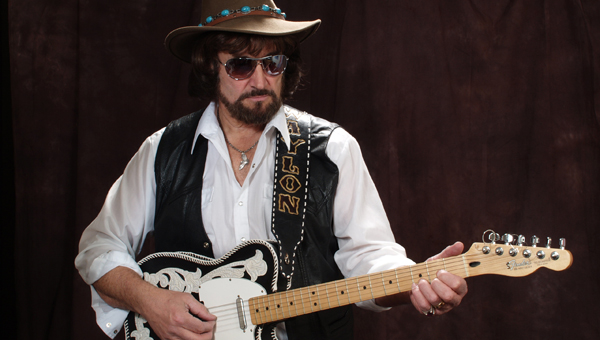 Bob Gill will bring the sounds of Waylon Jennings to the Ritz Theatre on Tuesday as part of "The Highwaymen: A Musical Tribute." The show starts at 7 p.m. Tickets can be purchased at The Pineapple. (Courtesy Photo)

A group of Outlaws will take over the Ritz Theatre Tuesday night.

The Greenville Area Arts Council will bring the sounds of country music super group The Highwaymen to the Camellia City with a production of “The Highwaymen: A Musical Tribute.”

The Highwaymen was made up of legends Johnny Cash, Willie Nelson and Waylon Jennings and was famous for its brand of “outlaw country,” which had a completely different sound from the rest of the music coming out of Nashville during the 1970s and 1980s. Those sounds will fill the historic Ritz Theatre when Michael Moore (Willie Nelson), Bob Gill (Waylon Jennings), Rusty Evans (Johnny Cash) and Alan Dryman (Johnny Cash) bring the legends to life with a 90-minute musical tribute that promises upbeat, honky-tonk hits like “Ring of Fire,” the Dukes of Hazard theme song, and “On the Road Again.”

“I know country music is a favorite for many people here, and this show pays tribute to three country music legends, Willie Nelson, Waylon Jennings and Johnny Cash. I think this will be a great hit with our audience,” said Nancy Idland, GAAC executive director. “We have found in recent years that country concerts sell very and seem to really pull a great array of people from Butler and surrounding counties.”

The group’s last three performances, which were held in Arizona and Nevada, each sold out.

The Greenville performance, which closes out the GAAC’s schedule, will start at 7 p.m.

“This has been a great 30th season for the GAAC.  We offered a little something for everyone this year,” Idland said. “We really hope that people will come out on Tuesday evening for another great concert.  These fellows are traveling from the west coast and promise to give the audience a real taste of that great trio, Willie Nelson, Waylon Jennings and Johnny Cash.”

Tickets for the show are $20 for adults and $15 for students and can be purchased at The Pineapple or at the door the night of the show.