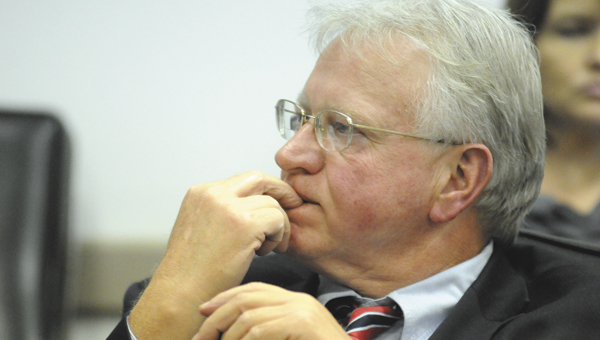 With no Republican opposition in November’s General Election, Hickman’s victory earns him a third full term on the commission. He was first appointed to serve on the commission in 2001 to fill the unexpired term of Joe Hendrix, who had passed away.

“I’m very blessed, and very grateful to the people of District 3 for giving me the opportunity to serve them for another term,” Hickman said. “I believe people sensed that the commission is trying to do what’s best for Butler County. I think they understand that we’re doing the best we can with the resources we have, and I’m humbled to be able to continue to serve the people of Butler County.”

“We had good turnout at the health department, relatively speaking,” he said. “That was big for us. Gene got a lot of the vote out in the county. I was fortunate that we had a good turnout here in the city.”

Hickman said he hopes to gain the support of the voters outside of Greenville that didn’t vote for him in Tuesday’s election.

“I was disappointed in the support I received in the rural parts of the district,” Hickman said. “I’d like to come to understand better what I can do to make the people in the rural area sense a connection to the commission. Right now I don’t know what that is, but it’s certainly something I’m going to work on.”

Hickman congratulated Gibson on a “well-run campaign” and said that Gibson forced him to work “real hard” to earn the opportunity to serve the district for another term.