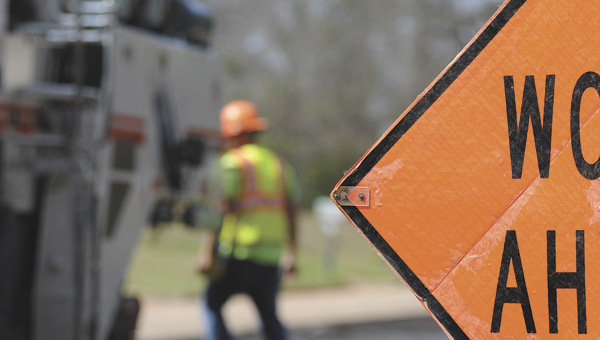 A $613,000 paving project is underway in the City of Greenville. Eleven streets are slated to be milled and resurfaced. (Advocate Staff/Andy Brown)

A $613,000 paving project is underway in the City of Greenville.

Milton Luckie, superintendent of the Greenville Public Works Department, said that 11 streets are slated to be milled and recovered with asphalt.

“We’re not planning on blocking any roads off,” Luckie said. “(Drivers) may have to wait for a minute or so for a truck to turn around, but as far as shutting down an entire street, we won’t do that.”

Luckie said the crew will also work to ensure that there are no disruptions in the traffic flow during school drop off and pick up at while paving streets near the school on Fort Dale Road.

“We’ll work in those areas after school is already in, and we’ll be out of those areas and have the equipment moved before school lets out,” he said.

The Greenville City Council approved the project on Dec. 19.

The bid was calculated based largely on the tonnage and square yardage of the materials needed to complete the project. An adjustment to the number of streets included in the project helped drop the price.

Greenville City Clerk Sue Arnold said the price is also influenced by the cost of fuel.

Luckie said he expects the project to be complete within four to six weeks, as long as there are no major delays as a result of rain.