Thomas found guilty on all charges 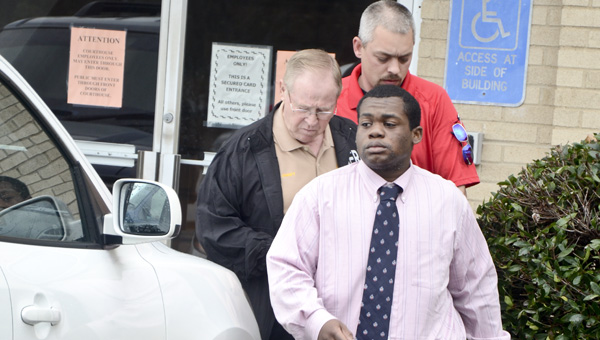 After less than two hours of deliberation on Thursday afternoon, the jury in the capital murder case of John Lewis Thomas, Jr. returned a verdict: guilty on all charges.

Thomas faced six charges related to the deaths of Charles Kelley and Patricia Barginere at Kelley’s Grocery in Highland Home on Aug. 28, 2008, including three counts of capital murder, one count of attempted murder and two counts of first degree robbery.

The two possible sentences for a capital murder conviction are life in prison or the death sentence, and the sentencing phase of the trial will begin at 9 a.m. Monday morning.

More information concerning Thursday’s verdict and the closing arguments leading up to it will be posted on Friday.

The Greenville City Council voted to declare the Foster Manufacturing facility and its lot at the corner of Thames Street... read more