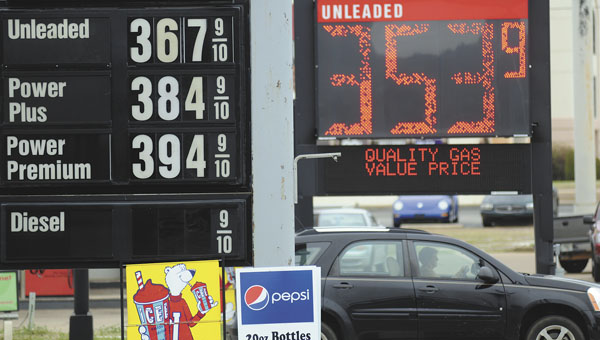 Prices at the pump are at a record high for February, according to officials with AAA.

“We are getting an early jump on our gas price increases,” said Clay Ingram, AAA spokesperson. “It’s very rare to see prices increase in February, and we have already set a record high for February.”

Ingram said some blame the increase on the increasing global demand for fuel, even though the U.S. demand is at a 10-year low.

“However, a large portion of the blame has to go to investors, day-traders and stockbrokers around the world for continuing to push crude oil futures and gasoline futures higher and higher with little-to-no-justification,” he said. “This happened a few years and caused our economy to collapse, so hopefully, this behavior won’t continue very long.”

Alabama’s gas prices hit a record high in September 2008, when regular unleaded topped out at $4.09 per gallon, and crude oil prices were at $146 per barrel.

“We all need to be diligent in our efforts to buy the lowest price fuel in our normal travel area, for every gas purchase we make,” Ingram said. “If we do this, it will create some competition in the gasoline marketplace, and prices will drop considerably. However, if we continue to reward stations for having higher priced gas, the prices will continue to rise.”