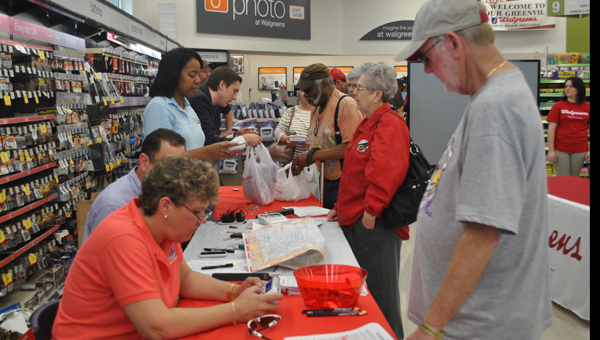 The Butler County Emergency Management Agency was out in full force helping people program weather radios in preparation for the spring season.

“It was programming weather radios making the public aware of the importance of a weather radio,” EMA Director Shirley Sandy said. “It was just helping them out programming.”

The event took place at Walgreens where they sold 510 radios on Wednesday and about 100 before then.

There were about 100 other radios brought in by individuals to be programmed as well, Sandy said.

“We want them to be prepared,” Sandy said. “We want to them to have several avenues of being alerted. “

The radios were programmed to work in Butler County and if they lived in the southern part of the county they added neighboring counties to the radio.

“We set the radio and explained how it works and told them to leave it on all the time,” Sandy said.