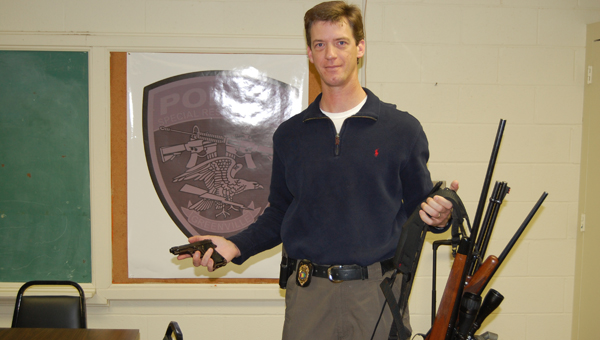 Authorities have charged two juveniles and three adults with third-degree burglary after taking more than $6,000 worth of property from a residence on Jan. 15.

“We got a call about it that weekend when the owner returned home,” said Lt. Justin Lovvorn of the Greenville Police Department. “I arrived at the house and received a list of the stolen items. After talking to neighbors, I obtained a vehicle description and some of the offenders’ descriptions that were at the residence the night before.”

One of the homeowners recognized one of the offender’s descriptions and Lovvorn was able to bring in a few suspects.

“After bringing them over (to the police department) and doing an interview with them, I was able to get a confession from two of them that they were at the residence that night,” Lovvorn said.

Lovvorn was able to recover three rifles and a pistol totaling $3,578. He is still searching for two laptops and two shotguns.

“After recovering that property and getting a statement from the person in possession of item, I was able to obtain confessions from the suspects I had listed,” Lovvorn said. “They did admit to taking items from the house as well as being there.”

The person in possession of the stolen items was not charged.

“I got consent to look for them at a residence out in the county,” Lovvorn said. “That person was not charged because the person that brought (the guns) to them owed them some money. (The person) had no reason to believe that he did not legitimately own the guns.”

Lovvorn said he has an idea of where the remaining items are and believes they are in Andalusia.

“They’re helping me out over there so hopefully they’ll trip on that soon,” Lovvorn said.