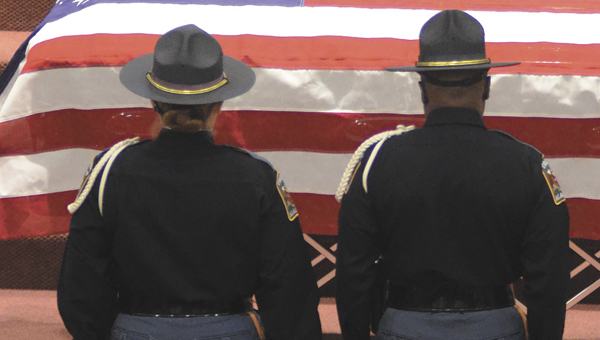 Hundreds of friends, family and fellow legislators gathered at Vaughn Park Church of Christ in Montgomery on Friday to pay a final tribute to former state Sen. Wendell Mitchell.

Mitchell’s son Maury said that four of the things Mitchell cared about most were evident at the service.

“We have those from Faulker University here, because he cared about a Christian education.  We have elected officials, because he loved politics and public service,” he said. “We have family members, and we all know how tough it can be to be in a political family.  And we’re gathered in this church building, where he loved teaching Sunday School.”

Eulogies were given by Brad Sullivan, minister of Vaughn Park Church of Christ, Charles Nelson, dean of the Jones School of Law and Jim Perdue, friend and Crenshaw County Probate Judge.

Nelson spoke about Mitchell’s dedication to teaching and education.

Perdue talked about what Mitchell meant to his district and Luverne and everyone that he helped.

Perdue said Mitchell called him at the beginning of January to talk about arrangements for his funeral.

“It brings to mind II Timothy. I feel like he said, ‘This is my last race. I’ve finished the course. I’m tired’,” Perdue said.

“On behalf of all here, thank you for being my friend, Wendell.”