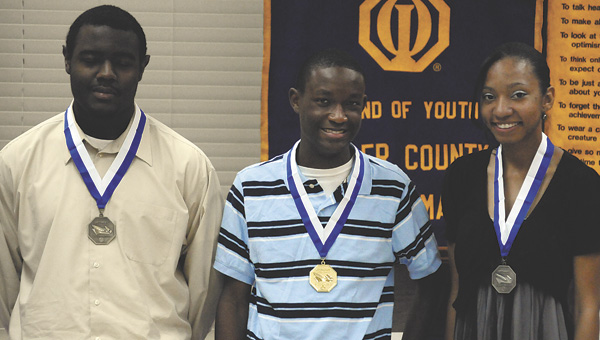 Brett Taylor wants to be a difference maker.

It’s one of the reasons why the Greenville High School senior seeks out opportunities to serve his community and others. But for Taylor, it doesn’t stop there. He also wants to make a difference in others’ lives with a positive attitude.

Taylor said he believes a positive outlook can impact one’s community. He shared those thoughts as part of the club’s Optimist International Essay Contest. On Monday night, Taylor learned that his essay was selected as the contest’s winning essay.

Taylor will now compete in the district essay contest.

Each district will send the top entries to the international level. College scholarships are available for top winners at the district level.