School study findings to be released 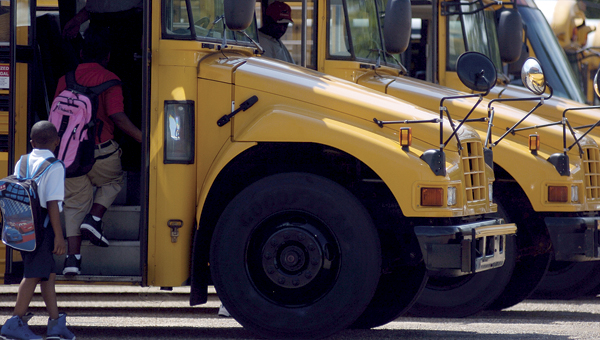 On Jan. 31, officials with the City of Greenville will release the findings of a six-month study into the feasibility of creating a municipal school system. (File Photo)

The final numbers are in.

A six-month study into the feasibility of creating a municipal school system in the City of Greenville is complete, and on Jan. 31 city officials will release its findings to the public.

While Greenville Mayor Dexter McLendon declined to comment on the study’s specific findings, he did say they were “very promising.”

“If (creating a city school system) is what we want to do, it’s feasible to do so,” McLendon said.

The study, which cost the city $43,500 and was conducted by Birmingham-based Construction Program Management in association with Jolly Educational Consulting, was approved by the Greenville City Council at its July 11 meeting. The council voted unanimously to fund the school system feasibility study at the July meeting in the absence of council member Jean Thompson.

McLendon stressed that at this point there are no plans to move ahead with a municipal school system, but that it is time to look into the possibility of moving in that direction.

“Over the years we’ve tried a lot of different things,” McLendon said. “We’ve given money. We’ve built wonderful buildings. We’ve tried a little bit of everything and (our schools’) numbers still aren’t where they need to be. It’s time we take a look at (a city school system).”

The Butler County school system, along with Greenville High School and Georgiana School, failed to make Adequate Yearly Progress (AYP) this past year.

According to McLendon, a major reason the council elected to commission the study is because of a desire to have “the best possible school system.”

The studies findings will be presented to the public Jan. 31 at 5:30 p.m. at the Wendell Mitchell Conference Center on the Campus of LBW Community College.