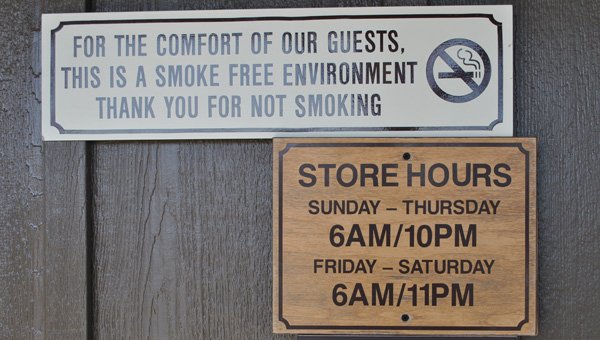 After a representative from the state health department approached Mayor Dexter McLendon about instilling a smoking ordinance, the city asked if the current smoking facilities would consider going smoke free.

“I just said I don’t think we have enough restaurants to warrant us getting that,” McLendon said. “I believe in less government. I believe in not telling people what to do. This is a case where the Waffle House elected on its own to go non-smoking.”

McLendon believed it is part the times that we are living in now, but he doesn’t believe in having a smoking ordinance is necessary in Greenville.

“Instead of mandating it, I just asked them ‘hey, would you consider it sometime?’ or we would have to do one and that’s what they did,” McLendon said.

As for Cracker Barrel, McLendon said its facility going smoke free was something out of left field.

“We had said something to them a long time ago but they did this on their own,” McLendon said.

In Florida, McLendon said smoking in any restaurant is prohibited.

“It’s a matter of time before that happens in the state of Alabama,” McLendon said. “I think it’s a good thing.”

“We support what they’re doing because of the health of the people that work there,” McLendon said. “I talked to some of the waitresses (from Waffle House) and they seemed to like it. I realize that some people are not going to like it.”

As for the future, McLendon believes Greenville is following in the footsteps of the rest of the country.