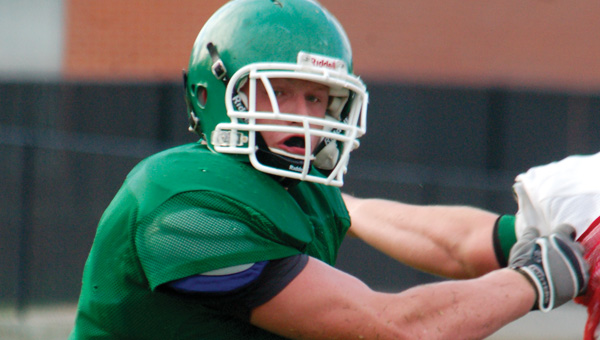 Brantley’s Taylor Driggers, shown here during fall practice, was honored as an All-State offensive lineman in Class A.

Several of Crenshaw County’s finest on the football field were recently honored by the Alabama Sports Writers Association and its All-State players. 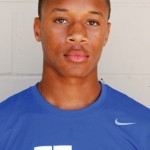 Highland Home’s Raheem Berry was named one of the two All-State wide receivers for Class 2A.

Raheem Berry of Highland Home was named one of two All-State wide receivers for the Class 2A offense.

Berry is a senior and was the Squadron’s leading receiver and deep threat.

Brantley’s Taylor Driggers was named an All-State offensive lineman in Class 1A, where he made an impact on both sides of the ball.

The statewide awards of Mr. Football and back and linemen of the year will be announced on Jan. 18.