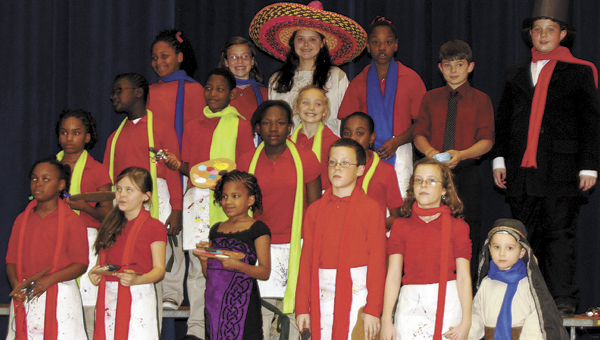 The Georgiana School drama club performed the musical “Paint the Town December” to an audience of parents, students and faculty on December 15. After the performance, the Georgiana School Parents and Teachers Organization served cookies and hot chocolate to the attendees. Due to popular demand, the club held an encore performance for the school’s elementary students.