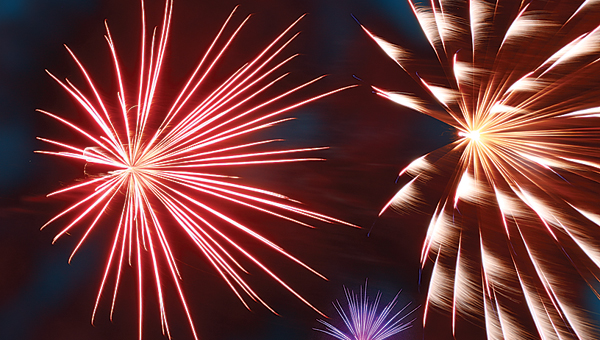 Those planning to bring in the New Year with a celebration of fireworks may want to think twice before lighting the fuse inside the city limits.

Greenville Fire Department Chief Mike Phillips said according to city ordinances, fireworks are not allowed inside the city limits.

According to the State of Alabama’s Fire Marshal’s office, those that are banned are Class C Common Fireworks, which are the smaller fireworks consumers can purchase.

For certain productions like firework shows around the Fourth of July, a permit has to be applied for and it has to be approved through the State Fire Marshal’s office. No permit is given to someone under the age of 18.

“I think the big thing we see as a nationwide problem is make sure that children are supervised if they’re doing fireworks,” Phillips said. “So often, the big problem with fireworks is them exploding in their hands and causing damage to hands and eyes. There are a lot of emergency rooms visit each year by fireworks and fires.”

For those wanting to purchase fireworks outside of the city limits, there are certain restrictions.

“It shall be unlawful to offer for sale or to sell any fireworks to children under the age of 16 years unless accompanied by an adult or to any intoxicated or irresponsible person,” according to the State Fire Marshal’s office. “Any person purchasing fireworks shall be required to show a valid driver’s license or state approved identification card.”

Phillips said for anyone that is planning to celebrate with fireworks, it’s important to have certain items available.

“(People) should make sure to have water available and make sure it’s supervised and make sure everything is outside, not inside,” Phillips said. “As safe as (sparklers) might seem, they can be dangerous too because they get extremely hot and can burn an individual and start a fire themselves. All fireworks are dangerous.”