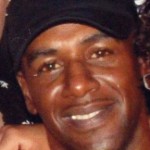 A Fort Deposit man has been reported missing by his family has returned home.

Kelvin Garrett, who also goes by the nickname “Top”, was reported missing after failing to return home Tuesday. He was last seen at the QV gas station in Greenville before returning home Thursday evening, according to a family member.