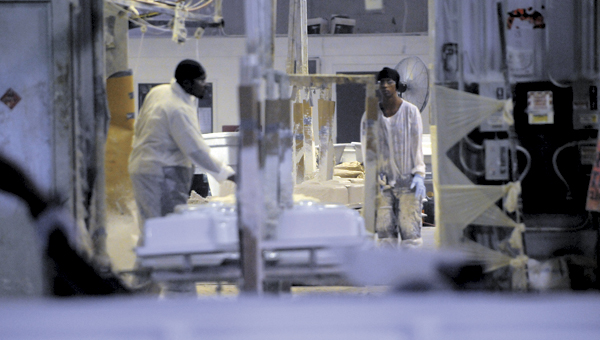 The Butler County Commission voted unanimously on Monday to extend a 10-year tax abatement to Corstone Industries for an $891,819 capital investment expansion.

The loan will help fund the purchase of new equipment that will enable CorStone to expand its manufacturing capabilities and potentially hire an additional 25 employees, according to Mayor Dexter McLendon.

Hickman also pointed out that the tax abatement does not extend to taxes collected to fund public education.

“Corstone provides jobs for the county, and that’s what we’re looking for during these tough economic times,” McWilliams said. “Any way we can help provide jobs, we need to look at that. People in this county need work, and we want to do everything we can to promote the creation of jobs and in a lot of cases that means a tax abatement.”

Corstone, the first company to produce a cast acrylic sink and one of the nation’s leaders in the industry, relocated to Greenville from its home base in Massachusetts in 1999. The company produces nearly 100 models of cast acrylic sinks in its 60,000 square-foot manufacturing facility located in Greenville’s Industrial Park. It then ships its products nationwide and internationally to stores such as Lowe’s and Ace Hardware.