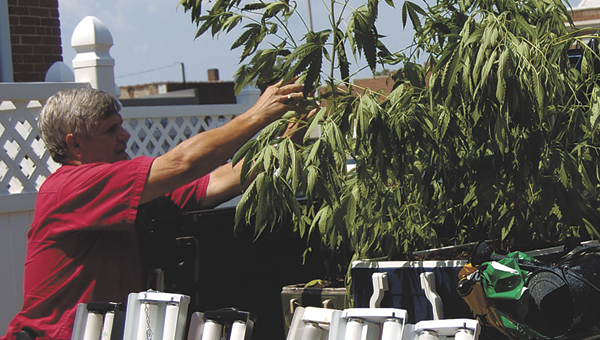 It marks the second year in a row that the Task Force has been awarded the grant, which was a portion of $422,700 given to seven southeast Alabama counties.

“It gives us extra man power with those problems that we have which is covered by the Second Judicial Circuit,” Butler County Sheriff Kenny Harden said.

The sheriff’s departments of Butler and Crenshaw counties and the Greenville Police Department had to match the funds by 25 percent, which was $31,666 according to a press release issued by the Governor’s Office.

The grant money has allowed law enforcement to employ officers who deal specifically with drugs.

“We have officers working with nothing but drugs,” Harden said. “All they do is work drugs. It throws more manpower into the war against drugs.”

“The grant mainly helps because we have four people dedicated to working drugs in two counties,” Russell said. “That helps out a lot instead of one person here and one person over there running over top of one another most of the time.”

Other task forces that received funding included $126,500 to the City of Ozark, $104,600 to the Pike County Commission and a $96,600 grant to the Geneva County Commission. “We must remain aggressive in our battle against illegal drugs,” Bentley said in a press release. “I commend the agents of these drug task forces for their efforts to put the sellers and distributors of illegal drugs behind bars.”

Harden said the extra enforcement on the streets has been able to cut down on a lot of crime.

“It’s getting the drugs off the streets and cutting down on crime in the whole county,” Harden said. “Now we have officers that do nothing but drugs, which cuts down on drugs that we do have in the county. They’ve done an outstanding job.”