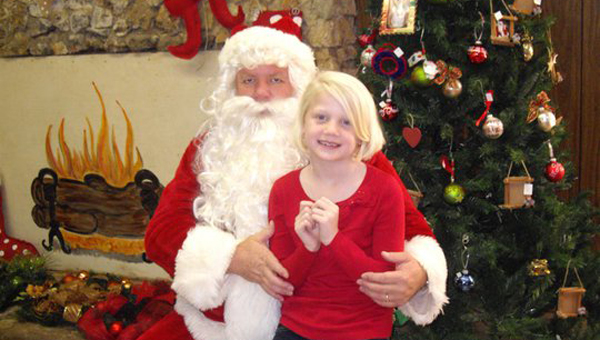 Members of the 3 Arts Club of Georgiana and Chapman will be selling arts and crafts and baked goods.

The 3 Arts Club of Georgiana and Chapman Annual Christmas Bazaar will be December 3 from 10 a.m. to 2 p.m. at the Georgiana Community Center.

“We will be selling arts, crafts, and baked goods prepared by the members of the club,” Belinda Cook, a member of the club, said. “The money goes toward the many club projects.”

“We do have a white elephant table (yard sale items) where you can purchase fabulous items for less than $1,” Cook said. “We will have homemade pecan pies, pound cakes, cheese cakes, egg custards, fudge, bread and other homemade candy. Canned goods such as pickles and jellies will also be for sale.”

The bazaar has been held for many years in hopes to raise money to give back to the community.

“We would love for children of all ages to stop by, see Santa, and shop,” Cook said. “We invite parents to come with their cameras to take pictures of their children with Santa.  There is no admission cost.”