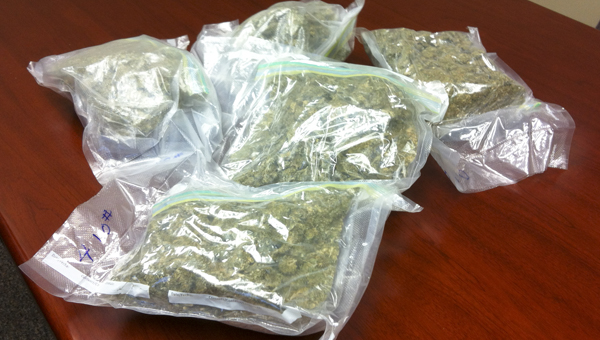 Five one-pound bags were discovered under the toolbox of the vehicle.

A traffic stop in Brantley last Wednesday led to the discovery of five pounds of marijuana.

Devin Maurice Person, 25, of Brantley was arrested and charged with drug trafficking.

Person was pulled over by assistant police chief Lamar Chandler for a traffic violation, and Chandler asked to search the vehicle.

Person consented, and five one-pound bags of marijuana were found under the toolbox.

“We believe this is one of the largest busts in county history,” Chandler said. “It’s certainly the largest Brantley’s ever had.”

“The marijuana in each bag was divided for individual sale,” Chandler said. “We’re continuing an investigation to find out where it came from.”