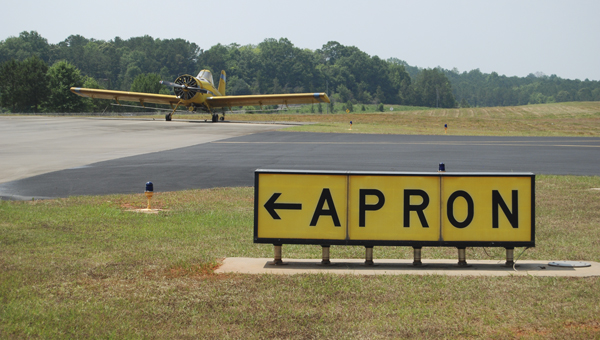 The City of Greenville is seeking funding for “much needed” improvements to the Mac Crenshaw Memorial Airport.

On Monday night the Greenville City Council passed a resolution authorizing the city to apply for a 2012 Federal Aviation Administration Airport Improvement Program grant worth approximately $151,000. If the city is awarded the grant, the money will be used for improvements to the terminal and for the purchase of security cameras.

“This is an opportunity for us to get some work done on the airport, and specifically the terminal, which really needs it,” Mayor Dexter McLendon said.

According to McLendon, if awarded the grant the city will be required to pay $3,787 toward the improvements.

In June, the Mac Crenshaw Memorial Airport received $640,725 from the FAA Airport Improvement Program. The City of Greenville’s required match for that grant was 2.5 percent or $16,018.12.

The grant money was used to extend the taxiway and improve airport drainage.

McLendon has said that continued improvements to the airport are vital to economic development in the area.