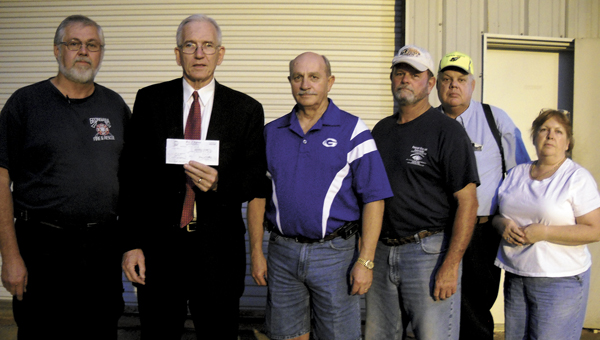 And where there’s fire, it’s the Georgiana Fire Department’s job to be there. That job got a little easier Thursday night thanks to a $2,000 donation by Rep. Charles Newton.

“When someone’s got smoke coming out of their home, they expect someone to be there,” Newton said. “If we didn’t have this department I don’t know what the community would do. I know it’s tough to finance a fire department, and I wanted to try and help out.”

Georgiana Fire Department Chief Alvin Dantzler said the funds will be used to purchase equipment. At the top of the list are new pagers and radios.

“This is a big help for us,” Dantzler said. “We’ll put this toward buying some new equipment. Some of our pagers are getting pretty old and it’s time to upgrade them.”