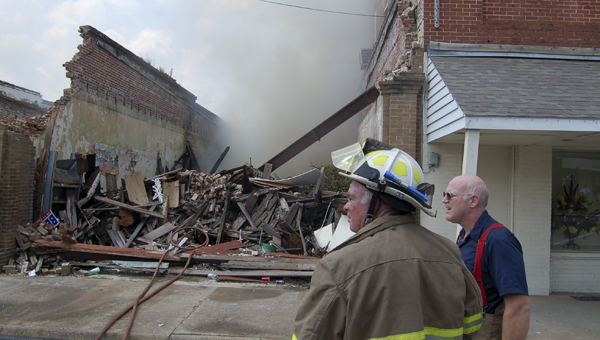 Brantley volunteer firemen look on as the building smolders.

Firemen responded to a fire in a downtown Brantley building shortly after 11:15 a.m. this morning.

The building, which was adjacent to New Life Center church, was abandoned and in a state of disrepair.

“We’re glad all the firemen were able to keep it from spreading to the adjacent buildings,” said mayor Bernie Sullivan.

Firemen from Brantley, Luverne and Spring Hill responded to the fire.

The cause is unknown and still under investigation.