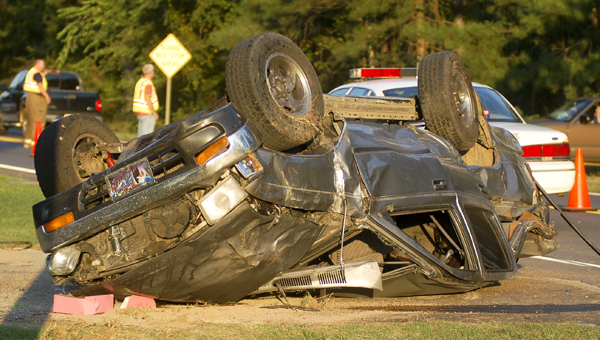 Emergency personnel from across the county responded to a two-vehicle wreck in Highland Home this afternoon.

According to law enforcement on the scene, a north-bound Toyota 4Runner was attempting to pass another vehicle near Chix Restaurant when it collided with a south-bound vehicle.

The 4Runner then left the road and flipped several times.

Authorities say that a family of four from Hueytown, Ala. were in the vehicle and were transported to the hospital.