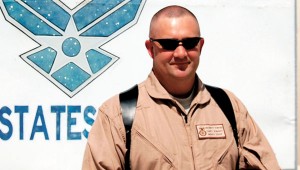 Following the Sept. 11 terrorist attack, Greenville native Curtis Knight has served in both Iraq and Afghanistan during the United State’s war on terror.

The impact of four hijacked planes crashing into the Twin Towers of the World Trade Center, the Pentagon and a field in Shanksville, Penn., on Sept. 11, 2001, could be felt as far south as the Camellia City.

A Tuesday that was supposed be just another Tuesday suddenly became a tragic and historic day.

“I remember feeling this profound sadness at the end of that day,” Mollie Smith Waters, a teacher at Greenville High School at the time, said. “It was like our generation had just lost its innocence the way our parents’ generation lost theirs when (President John F.) Kennedy was shot. You hear about attacks, but you always think, ‘It couldn’t happen to us.’ Until, of course, it does.”

The shock was so great across the nation that even 10 years later the memories of that day are still vivid for most Americans.

That’s certainly the case for Charlene Dickey, who was a senior at Greenville High School when the attack took place.

“I remember I was in art class and the teacher kept going out into the hall to meet with others,” Dickey said. “No one knew at this time that it was an actual attack. She came back in and turned on the TV for us to see what was happening and soon after is when the second plane hit. It looked unreal – like something out of a bad movie. It was very scary and hard to ignore. Students and teachers talked about it for the rest of the day and one teacher made a statement that was so very true and has always stuck with me.

He said ‘No matter what, you will always remember where you were and what you were doing when the planes hit the Twin Towers.’ It was a day in history that no one would forget. He was right.”

Bobby Aplin, a history teacher at Greenville High School that has since passed away, rigged up a television set in his classroom with a antennae made from a coat hanger so his students could watch the news coverage.

“He had it on all day, and he had his students watching it,” Waters said. “Then, between classes, all the teachers would kind of congregate at his door to see what new developments were taking place.”

With the 10th anniversary of that day nearing, Greenville native and Air Force Master Sgt. Curtis Knight, who is currently stationed in Louisiana and has served in both Iraq and Afghanistan, will honor those who have given their lives in defense of the United States following the attack.

“With the anniversary and being in the military, it brings a lot of memories back over the past years of all the operations and fellow military personal that have been lost or injured,” Knight said. “… I’m in Louisiana, and there’s a ceremony to commemorate 9/11. There will be a moment of silence and attribute it to all actions that have taken place and fellow comrades that have fallen since 9/11.”

Knight, who has served in the Air Force for more than two decades, said the attacks on Sept. 11 changed everything – even the U.S. military.

“Well before, the Air Force was a lot different,” he said. “There weren’t a lot of specialties. They were more focused on war and having the qualifying weapons and that kind of thing. It was more of a corporate environment. Everyone has to be prepared now to do different things and deploy. I think in that aspect, 9/11 brought the Air Force more in line with the Army and Marines. Before, it was a very small. Deployments were more geared toward security personal. Now whether they work in an office or drive a truck or work supply, they all do time in some way or form in a deployment location.”

A Tuesday that was supposed be just another Tuesday was anything but that.

“I will never forget the dismay that I felt when I heard from one of our customers (what had happened),” April Owens, who was working at the Luverne Super Foods at the time, said.

Patty Vaughan contributed to this report.