From the courtroom to the mission field 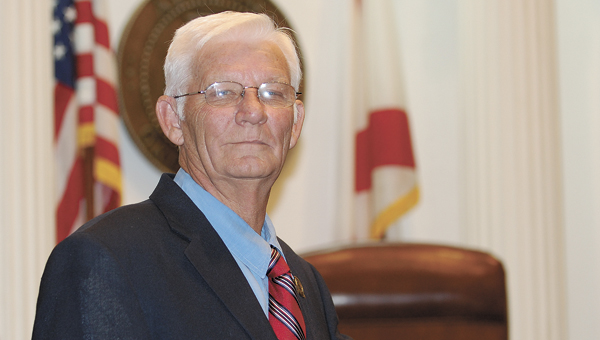 Roy Durham is retiring after 43 years as a court reporter to do mission work in Uganda. (Advocate Staff/Andy Brown)

With 43 years of court reporting behind him, Roy Durham has decided to retire from the world of law and move to mission work.

Durham experienced it all while he worked with different judges in different cities all over the United States.

“I’ve had fights in the courtroom, and people pulling knives. [Someone] was shot and fell down at my feet,” Durham said. “I even had a large lady strip buck naked in the courtroom.”

Through his exciting career, Durham said he’s been able to meet wonderful people, and he’s been blessed with wonderful judges.

Judge Terri Bozeman Lovell said ever since her first day, Durham has treated her like family.

“Roy and I have a wonderful relationship,” Bozeman Lovell said. “Since my first day on the bench in 1998, Roy has treated me like a daughter. Being the only female judge in the circuit, I believe he is somewhat protective of me, but at the same time pointing out areas of improvement only after I had the opportunity to learn from my own mistakes. He has given me sound advice and encouragement through many a difficult case.”

For 19 years, Durham worked with Judge Ed McFerrin, who said Durham was a great asset to the courtroom.

“He was very observant, and he maintained an eye on the courtroom and the activities that were going on and creating the record,” McFerrin said. “I depended on him a lot and sometimes he would catch things that I wouldn’t necessarily catch. Unquestionably, one of the best I’ve ever seen.”

Many times, McFerrin said Durham would have to play different roles in the courtroom if situations began to get out of hand.

“Roy, on a couple of occasions, not only acted as a court reporter, (but he) acted as a bailiff in the courtroom when we had some people start fighting with each other.”

After his retirement, Durham plans to travel to Uganda, Africa with Four Corners Ministries and do mission work for two years.

Bozeman Lovell said she is thankful Durham was there during her time, and said he has made a lasting impression on the communities he has served.

“He has served our judicial circuit with compassion and professionalism,” she said. “I am so happy that he will be able to move into this next chapter of his life and fulfill his true calling to serve the Lord on the mission field. He has been a fixture in the Butler, Crenshaw and Lowndes courthouses for as long as any of our attorneys and judges can remember. He will be missed greatly.”

As for Durham, he said the aspect he’ll miss the most throughout his entire time of being a reporter is the friends he met along the way.

“I’ve had a great career, and it hasn’t been easy. It’s very hard work. It’s a challenge, but I enjoy a challenge,” he said.