Beyond the Peanut Boil: ‘No man ever stood so tall…’ 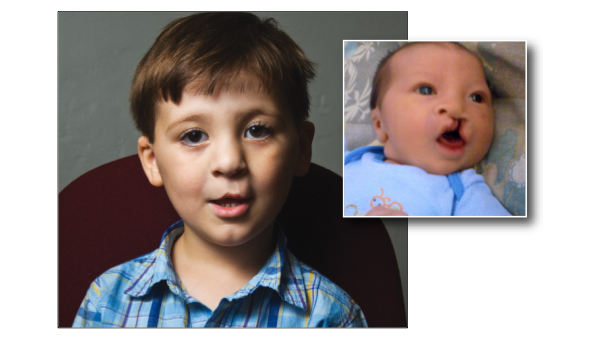 Rylan Baker, 3, was born with a cleft lip and palate.

On Jan. 16, 1998, Laura Bees Hammonds was riding home from town with her father in the family’s truck.

At some point during the ride, a high-powered hunting rifle in the truck got jostled and accidentally discharged, hitting Hammonds in the right leg.

The 8-year-old was rushed to Crenshaw Community Hospital and later to Birmingham, where her right leg was amputated below the knee.

Nearly a decade later in a different hospital, Rylan Baker was born.

Baker was a happy, healthy baby. Except for one thing: he had a cleft lip and palate.

The deformity wasn’t seen on ultrasounds before Baker was born and came as a complete surprise to the family.

“When he was born, he was perfect in almost every way,” said Baker’s great-grandfather, the Rev. William Leverette. “After I saw him, I said, ‘Lord, let me live long enough to see him look decent.’ We knew that his surgery would be an almost impossible goal to reach.”

However, help for both Baker and Hammonds came from the local Shriners.

“The Shriners came in when I was in the hospital and told me they would help me,” Hammonds said.

From the time she was 8 until she graduated high school, Hammonds and her parents would travel to Montgomery to the Alcazar Shrine to get on a bus bound for the Shriners Childrens’ Hospital in Greenville, S.C.

“Usually artificial limbs last about a year to a year and a half,” Hammonds said. 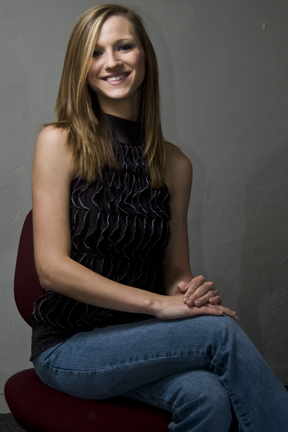 Laura Bees Hammonds was lost part of her right leg when she was 8 years old, but the Shriners assisted her in getting a prosthetic limb.

When the time came for a replacement limb, Hammonds and her family would be taken to South Carolina, spend the night, meet with a doctor, get fitted and ride back home.

Baker had his first surgery at three months old at the Shriners Childrens’ Hospital in Cincinnati, Ohio, and at 11 months of age, doctors basically created a palate for his mouth.

“It was to our benefit that they carried Rylan and his mother because they couldn’t have gone otherwise,” Leverette said.

Baker is now a healthy, energetic 3-year-old, but he isn’t done with surgery yet.

His next procedure is scheduled for November.

However, Baker should go on to live a normal life, just like Hammonds has.

Hammonds went on to compete in numerous beauty pageants, and she was awarded the titles of Miss CCA and Miss Agriculture in addition to being a cheerleader throughout her high school years.

She married Eric Hammonds and is now the mother of Carlie Ann, 3, and Henlie, 1.

“The Shriners helped me so much, and my class in school would go down to the Peanut Boil with me and help bag and sell the peanuts,” Hammonds said. “I’m very thankful.”

The World’s Largest Peanut Boil has been hosted by the Crenshaw County Shrine Club for more than 40 years, and it is the group’s most prominent fundraiser.

In fact, the shed that houses the World’s Largest Peanut Boil features a saying that has been a motto for the Shriners in years past: “No man ever stood so tall as when he stooped to help a child.”

The Shriners have more than 20 hospitals in the U.S. and treat orthopedic conditions, burns, cleft lip and palate, spinal cord injuries and more.

Help with childrens’ care is only one area the Crenshaw County Shrine Club contributes to, and they raise money throughout the year for the various causes.

“We will always be indebted to the Shriners,” said Leverette. “We are very grateful, and we appreciate people buying peanuts and supporting the Shrine Club any way they can.”