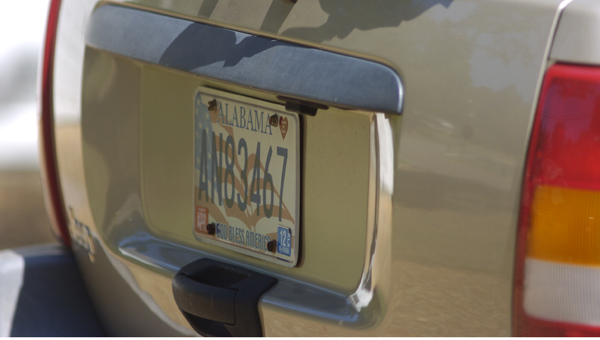 Probate Judges across the state were notified on Aug.1 to prepare for a mandate included in the state’s new immigration law that will force all residents to prove citizenship before buying tags or renewing licenses. (Advocate Staff/Andy Brown)

Probate Judges across the state were notified on Aug.1 to prepare for a mandate included in the state’s new immigration law that will force all residents to prove citizenship before buying tags or renewing licenses which was set to take effect Sept. 1, 2011. On Monday a federal judge temporarily blocked enforcement of Alabama’s new law cracking down on illegal immigration. The order by U.S. District Judge Sharon L. Blackburn means the law won’t take effect as scheduled on Sept. 1. The judge said she would issue a more in-depth ruling Sept. 28.

If Alabama’s new immigration law takes effect, all Probate Office employees will be required to see and make copies of proof of citizenship for anyone obtaining or renewing a license — any type of license, Probate Judge Steve Norman said.

“Driver’s license, car tags, business, marriage, it doesn’t matter — the law pertains to every kind of license we can issue,” Norman said.

When applying for any type of license, citizens will now be required to show one of three valid forms of ID: a driver’s license (or non-driver identification card), passport or Social Security card, with a driver’s license being the most convenient option for most people, Norman said.

With the majority of people waiting until the last two to three days of the month to renew their license plates, the probate judge expects things to be particularly busy on these days.

“Each person’s proof of citizenship must be copied in our office and we have to keep a file on each person in order to document their citizenship,” Norman said.

“Right now, we only have one copier and it’s located back in our records room where it is used regularly.  We will need to get another one for the front and the four employees will have to share it. This will certainly slow the whole process down. People will have to wait.”

The former practice of renewing license plates through the mail will end, Norman says.

“The individual will now have to be there in person. In terms of mailing in renewals, it is possible in future years, once the documentation is in place, that mailing them in will be an option again,” Norman said.

“People who work out of town, for example, may have to take time off from their job in order to get their renewals.”

According to Norman, it will still be possible to renew a tag for someone else.

“We must have a copy of a valid drivers license or other valid ID to issue a license plate,” he said. “In other words, if you are buying a tag for someone else you must bring a copy of their ID for verification.”

Norman said those conducting business in the Probate Office should definitely allow more time for the task.

“We understand people don’t want to have to wait longer, but this is the law. And the law says you cannot discriminate, so that means we have to follow this process for everybody. We have to play by the rules,” Norman said.

The U.S. Department of Justice and other organizations are suing the state in an attempt to block the law.

According to the Associated Press, Deputy Assistant U.S. Attorney General William Orrick told U.S. District Judge Sharon Blackburn that sections of the Alabama law should be blocked because they conflict with federal law.

The law allows police officers, while conducting routine traffic stops, to arrest those they suspect to be illegal immigrants.

Other provisions make it a crime to transport or provide shelter to an illegal immigrant. It also requires schools to report the immigration status of students.