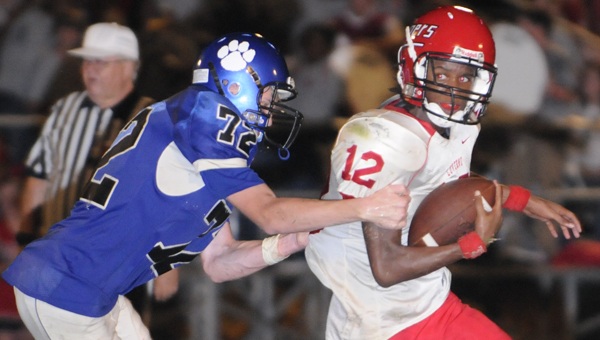 “It was a pretty good junior high game,” the first-year head coach said.

Unfortunately, what Watts was watching wasn’t a junior high game. It was the Panthers’ season opener — a 50-20 loss to Class 3A Luverne.

“We just got whipped,” Watts said. “We got physically whipped. We knew coming in that Luverne was a physical team, and they showed that.”

From there, the Tigers never looked back, leading by as many as 44 points at one time. Luverne’s starters exited the game with 2:33 left to play in the second quarter and sat for the remainder of the game.

“Once they really got out there on us coach (Les) Sanders was nice enough to put his junior high guys in,” Watts said. “So, we put ours in and it basically amounted to a junior high game.”

The Panthers finally got on the scoreboard with 6:36 remaining in the third quarter when Jacquez Payton broke free for a 41-yard touchdown scamper. The extra point attempt failed leaving Georgiana trailing 44-6.

Payton added another score with 3:14 left in the quarter and sophomore Latrell Seals scored with 6:56 remaining in the fourth quarter to cap the scoring.