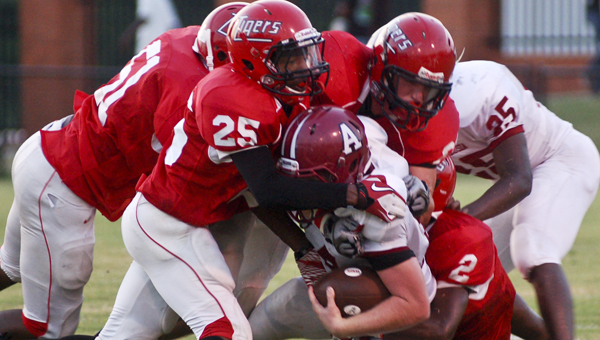 The Tigers and the Bulldogs tied at 20 in Friday night's contest.

The Luverne Tigers and the Andalusia Bulldogs squared off Friday night, and when the final horn sounded, both teams had 20 points on the board.

Since the game was only a jamboree, the game ended in a tie.

Andalusia got on the board first with 8:41 left in the first quarter, but Luverne answered with a 52-yard halfback pass from Jamarcus June to Kevin Womack.

The Bulldogs jumped ahead with just over 10 seconds left in the first half, but the real fireworks happened in the second half.

“We played hard, and it looks like we’re in somewhat decent shape,” he added. “It’s always good to get a little work at full game speed.”

The Tigers will take on Georgiana next Friday night.