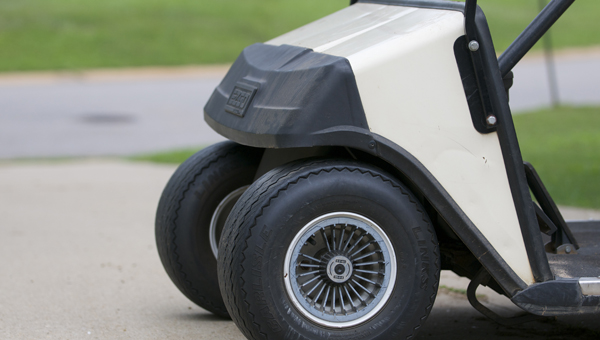 The debate continues in McKenzie over whether or not golf carts and four-wheelers should be regulated and/or banned on the town’s streets.

Town attorney Richard Hartley, who attended the meeting, explained while Alabama law does not specifically ban these vehicles from public roads, it does require a VIN number and a long list of safety features before any motorized vehicle can be considered street legal.

“Even if you provided all the safety equipment such as windshields, seat belts, turn signals and so forth, you still would not have that VIN number,” Hartley said.

“Which means you could still be ticketed for violations such as no tag, no muffler.”

Hartley said the use of four-wheelers and golf carts on public roads and streets has been an issue in a number of towns in the state.

“There has been a push by the Departments of Public Health and Safety for the police to enforce the law because these vehicles can be dangerous if someone is driving recklessly or carelessly,” Hartley said.

“I think you also must consider as a council that if someone was injured by one of these vehicles in the center of town, you would be opening yourselves to the possibility of a lawsuit. So you have to decide to enforce or not enforce the laws regarding street-legal vehicles.”

Hartley’s recommendation to McKenzie’s governing body: make a decision to enforce the law.

“Obviously, there is a difference between someone driving a golf cart down the side of the road at 10 MPH to pick up their mail and a 12-year-old tearing down the middle of the street on an ATV. It’s the difference between being careful and responsible and being reckless,” Hartley said.

“I think you have to put some faith in the discretion of the police, who are, after all, sworn to uphold their duty.”

Because McKenzie has a population of less than 2,000, the town attorney said the final decision on the issue must be made by Mayor Melvin “Blue” Shufford himself.

While some in attendance were eager for a decision to be made that night, the mayor said he was not prepared to do so.

“Let me think over this. I don’t want to vote on something the first time I hear it. I need to talk things over with the police, too,” said Shufford.

“I think this has been a healthy discussion,” Hartley said.

“Use some common sense. If the situation gets out of hand, then bring it back to the table and re-address it.”