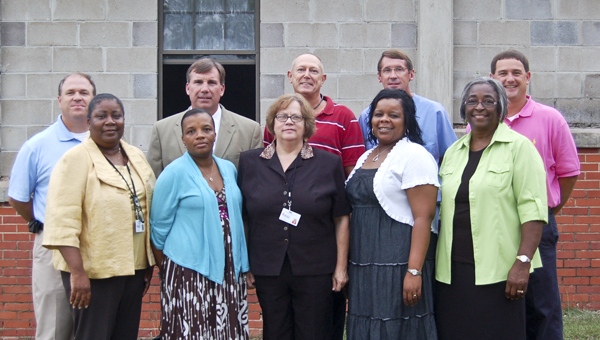 The Crenshaw County School system learned last week that grants had been approved to fund the system’s K-4 programs and to move OCAP’s Head Start.

The system’s grant writing team wrote a grant asking for K-4 funding, and Crenshaw County was offered two $45,000 grants from the Office of School Readiness.

“Our grant writing team worked hard on this grant, and they are really knocking it out,“ said Superintendent Randy Wilkes.

The following information was released concerning the K-4 program:

Registration packets for K-4 will be available at each school and the Crenshaw County Board of Education on July 12, 2011.

You will need the following items: proof of income, a valid birth certificate, a current immunization certificate, a social security card, and two verifications of residency which will need to be your E-911 address.

Also, your packet will contain two sheets to be completed by your child’s doctor and dentist (pages 12-13).

Any child enrolling in the K-4 program must reside in the attendance area for which he or she will be registering.

All forms must be completed and returned to the Board of Education by August 1, 2011. Only those children with all information completed and approved will be eligible for selection.

The county also received a grant to move the Organized Community Action Program’s Head Start program from mobile classrooms to renovated facilities adjoining the Board of Education office.

OCAP chairman Tom Braxton and other members of OCAP were on hand at the meeting.

“I’m quite proud to say that this take away another modular facility,” Braxton said. “It’s an honor to partner and join with you. On behalf of the board and staff, let me say thank you, and that we hope for a long-lasting partnership.”

Wilkes said that the move is coming at no cost to the county.

“We’ve received the preliminary test scores for the system, and while that doesn’t necessarily reflect AYP, the prelim scores are up,” he said. “We won’t know for sure until Aug. 1.”

On the financial front, CFO Ken Wesley reported that the county has $1.3 million in reserves after starting the year with $400,000.

“We’re slowly working to build our reserves,” he said. “We have 1.9 months of reserves, but we expect that to come down.”

“This is pretty well in line with what we expected,” Wesley said.