Col. Tisdale passes away at 90 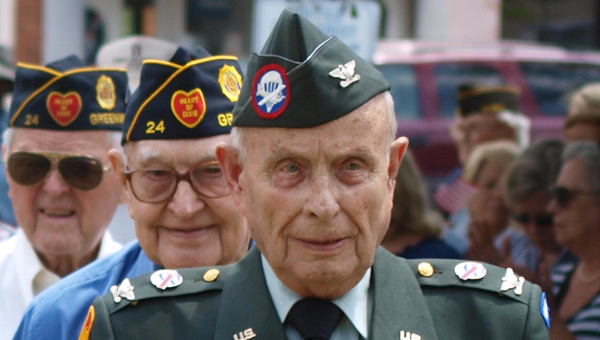 Tisdale, a long-time Greenville Rotarian, remained active up until his last days. A self-confessed staunch patriot, he participated in the Lions Memorial Day Celebration at Confederate Park May 30 as he took the Walk of Honor as a veteran of WWII.

A native of Gulf Springs, Fla., Tisdale also served during the Korean and Vietnam conflicts.

Commissioned as a 2nd Lt. in 1942, he served in the Army until his retirement in 1970. In a 2010 interview with The Greenville Advocate, Col. Tisdale professed he still missed serving in the military, a career which had taken him to all 50 states and 20 to 30 foreign countries.

After a second career as a manager for the City of Auburn, he moved to Greenville.

“He was a very special man and he meant so much to our club,” said Rotary president William Johnson. “Our hearts go out to his wife Linda and his family. We are all going to miss him.”

Information about funeral services will be announced here as they become available.