County in grip of drought 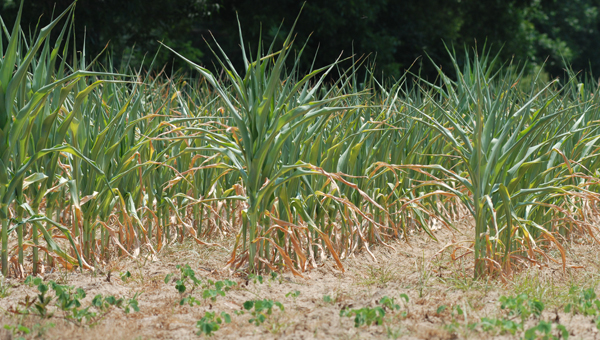 According to the Lawn-and-Garden Moisture index, which tells the amount of rain an area is behind for the last two weeks, Butler County is currently 2 inches behind on rainfall. (Advocate Staff/Austin Nelson)

Butler County is under a D-2, or severe, drought, according to the latest figures from the U.S. Drought Monitor.

State Climatologist John Christy said a D-2 drought means that conditions are as dry as you would see once every 10 years. Christy said that the drought might reach D-3 status when the Drought Monitor figures are updated on Thursday.

“D-3 is classified as extreme,” Christy said. “This means that conditions are the driest you could expect every 20 years.

Christy said some streams in Butler County now have flows at the fifth percentile rank, meaning that stream flow levels this low are only seen about five out of every 100 years. A fewer number of area streams, Christy said, are now classified in the first percentile.

Christy said a large high-pressure system is still looming over the area, though some areas of south Florida have seen a few showers as the system has slowly eroded.

Currently, the Alabama Forestry Commission has not issued any burn restrictions, but Chief Mike Phillips of the Greenville Fire Department said he would encourage citizens not to burn unless absolutely necessary.

“We haven’t had a problem with grass fires out in the city, but we certainly have the potential,” Phillips said.

Phillips said that the GFD requires permits for outside burning within city limits.

“We do require that people call us first, so we can go check out the area, make sure it’s in a safe location,” Phillips said.

The potential for an above-average hurricane season, Christy said, may bring more rain our way in the coming months.

“It has been five years since we have had a hurricane hit us here in Alabama,” Christy said. “I would say we are overdue.”

According to the Lawn-and-Garden Moisture index, which tells the amount of rain an area is behind for the last two weeks, Butler County is currently 2 inches behind on rainfall.

Christy said that this means that to sustain a healthy lawn and garden, citizens should be supplying at least an inch of water per week.