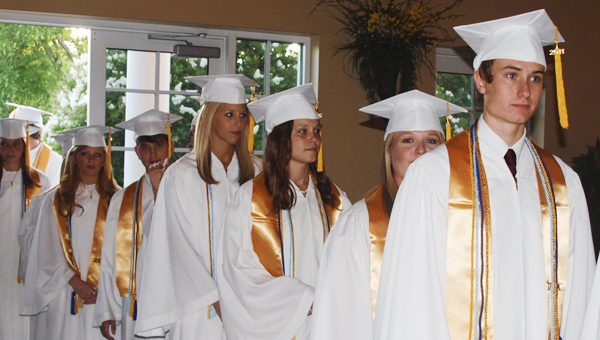 Success is measured in different ways by different people. Anne Carol Branum believes, by any standard, the graduating class of Fort Dale Academy should consider itself a success.

Branum, the valedictorian of the FDA class of 2011, spoke about the various achievements made by the class in her address at Friday night’s graduation service, held at Southside Baptist Church in Greenville. And overflow crowd was on hand to see the 39 seniors receive their diplomas.

“We are one of the best academic classes that has ever graduated from Fort Dale . . . with more than $ 1 million earned in scholarship monies,” Branum said. “We’ve proven ourselves in the classroom.”

Branum also spoke of the students’ success in the field of athletics.

“This year, our football team earned a state championship for the first time in our school’s 42-year history. I am reminded of the scripture, Isaiah 40:31, ‘But they that wait upon the Lord shall renew their strength, they shall mount up with wings as eagles. They shall run and not be weary, they shall walk and not be faint.’ Their dedication is another success we can be proud of.”

Branum talked of the close bonds of friendship established and the values and morals taught over the formative years to the graduating seniors by their parents and teachers, saying the graduates of 2011 would take the lessons learned in the close-knit community of FDA out into the world and continue on their journey of success.

FDA instructors Nonie Taylor and Marcia Davis assisted Headmaster David Brantley in recognizing all recipients of the various awards and scholarships bestowed on the class of 2011.

After Headmaster David Brantley presented each student with his or her diploma, he formally presented the new graduates and they performed en masse the moving of the tassel from left to right to signal reaching their milestone.

As they marched out of the church, the graduates gathered to share hugs and high fives as they breathed happy sighs of relief. With a cheer, they crowded close together and sent their mortarboards flying in the air, as this particular group of Eagles soared together one last time. 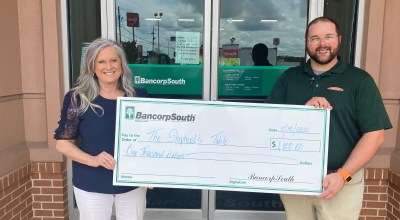 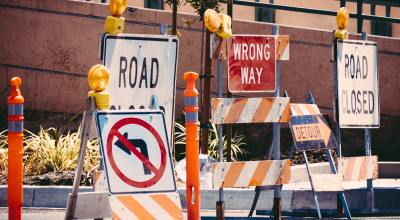 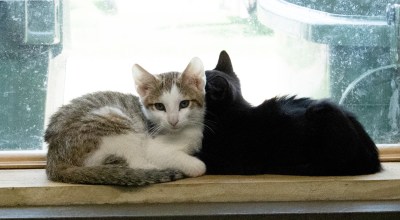 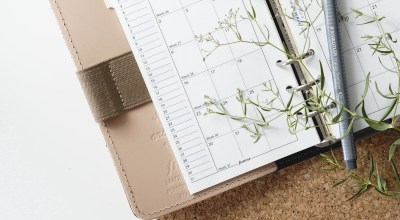